I was in my living room early one morning seeking to understand God's ways for business, and I heard Him urge me to go to the nation of Panama.

Knowing no one there and having never even remotely considered travel to that part of the world, I asked Him...

He indicated it had to do with "finance". That was very strange to me, as I considered Panama to be a third world country and certainly no place I would go to learn something about finance.

I mentioned to a client I was going to Panama and he offered to pay all our expenses if I would look for some oceanfront property while there.

Seeing as how that was finance related, I agreed. 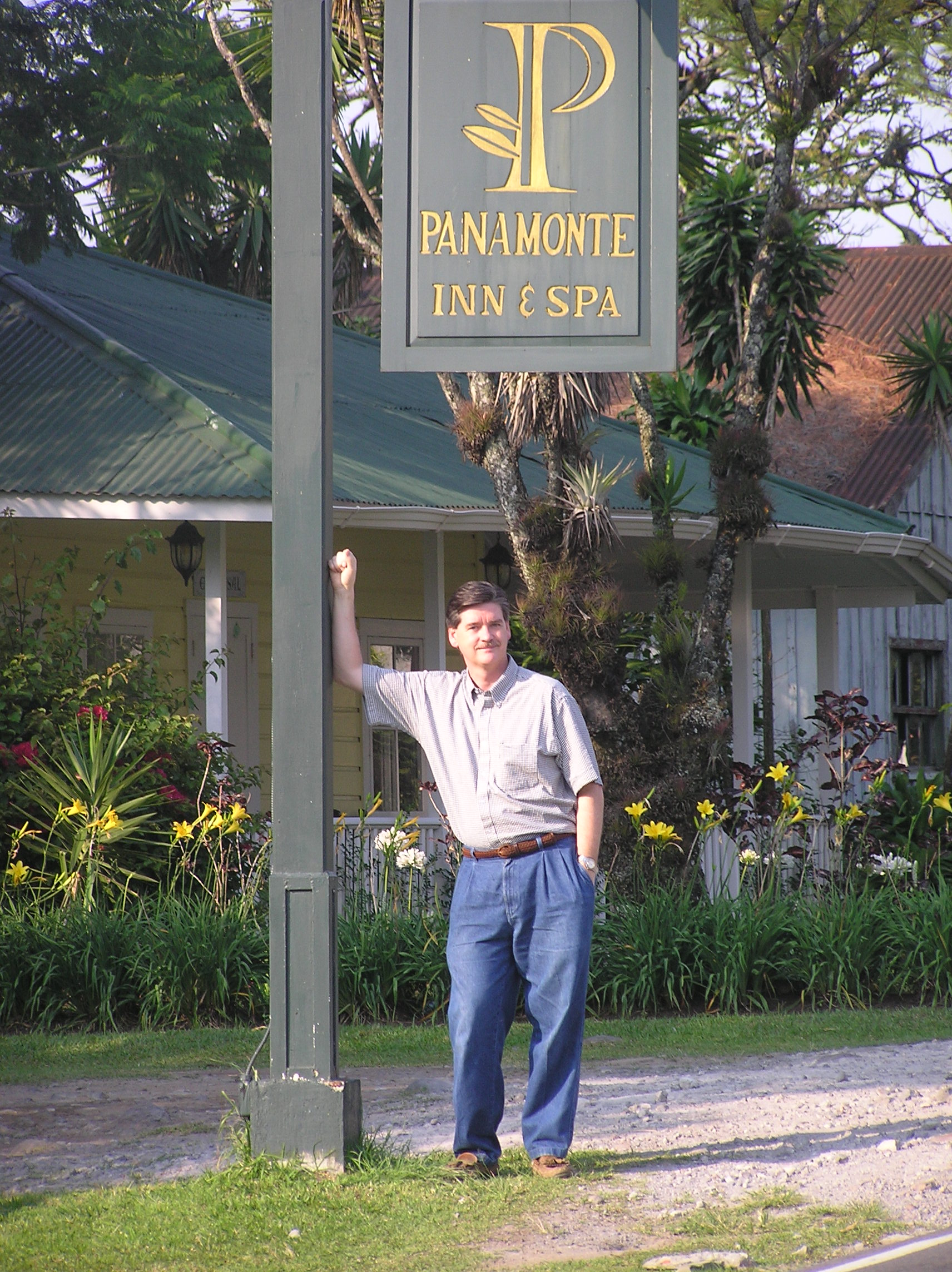 But I also went to the mountains covered with lush rainforest. While staying at the Panamonte Inn & Spa, I was walking through their beautiful grounds, when the Lord again whispered to me. He said...

"Son, everything you need to learn about business, you can learn in the rainforest."

That seemed like a very strange idea, but I checked with the front desk to see if there were any business seminars being conducted in the rainforest. After verifying that I wasn't kidding, she assured me there weren't anything of the kind.

I began looking into the possibility that the rainforest could in fact be a good business model. I assumed it had deep, rich soil (capital) and that is why it is 1000 times more diverse and productive than the # 2 most flourishing ecosystem on the planet - the Great Barrier Reef.

As it turns out, the rainforest has very shallow, acidic soil due to excessive rainwater washing it away. So that begged the question, the answer to which, every entrepreneur and business person should know...

How does God get abundance from relative scarcity?

When you find the answer to that question, and can replicate it in your business, you will never have to be in lack again.

I began my search in earnest, returning to Panama four more times, gaining access to the Smithsonian World Headquarters For Tropical Research on Barro Colorado Island in the Panama Canal and obtaining a treasure trove of scientific white papers by scientists from around the world. I also went to Barbados, Tobago, Jamaica, Guatemala, Belize and the Upper Amazon in Ecuador. 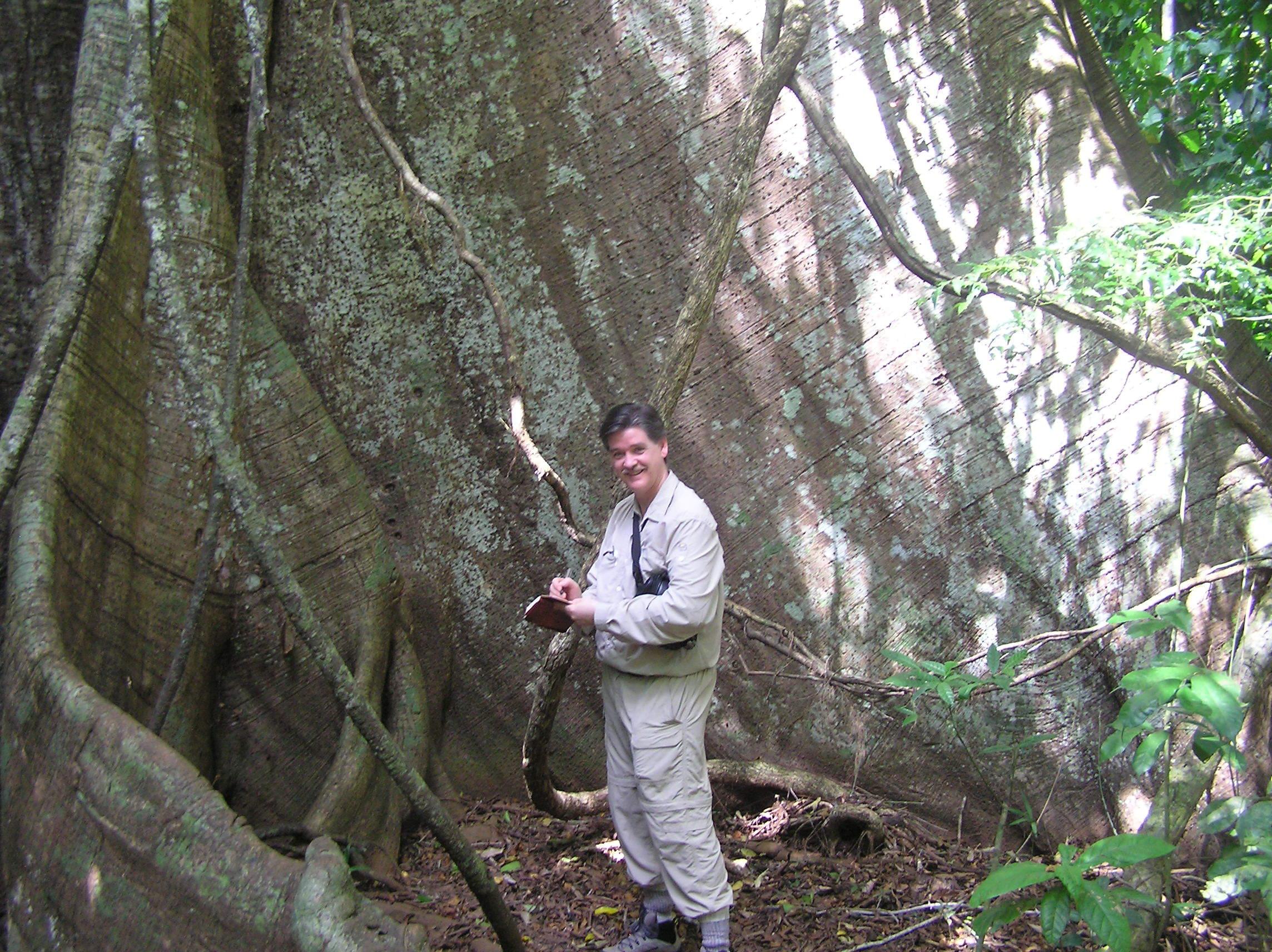 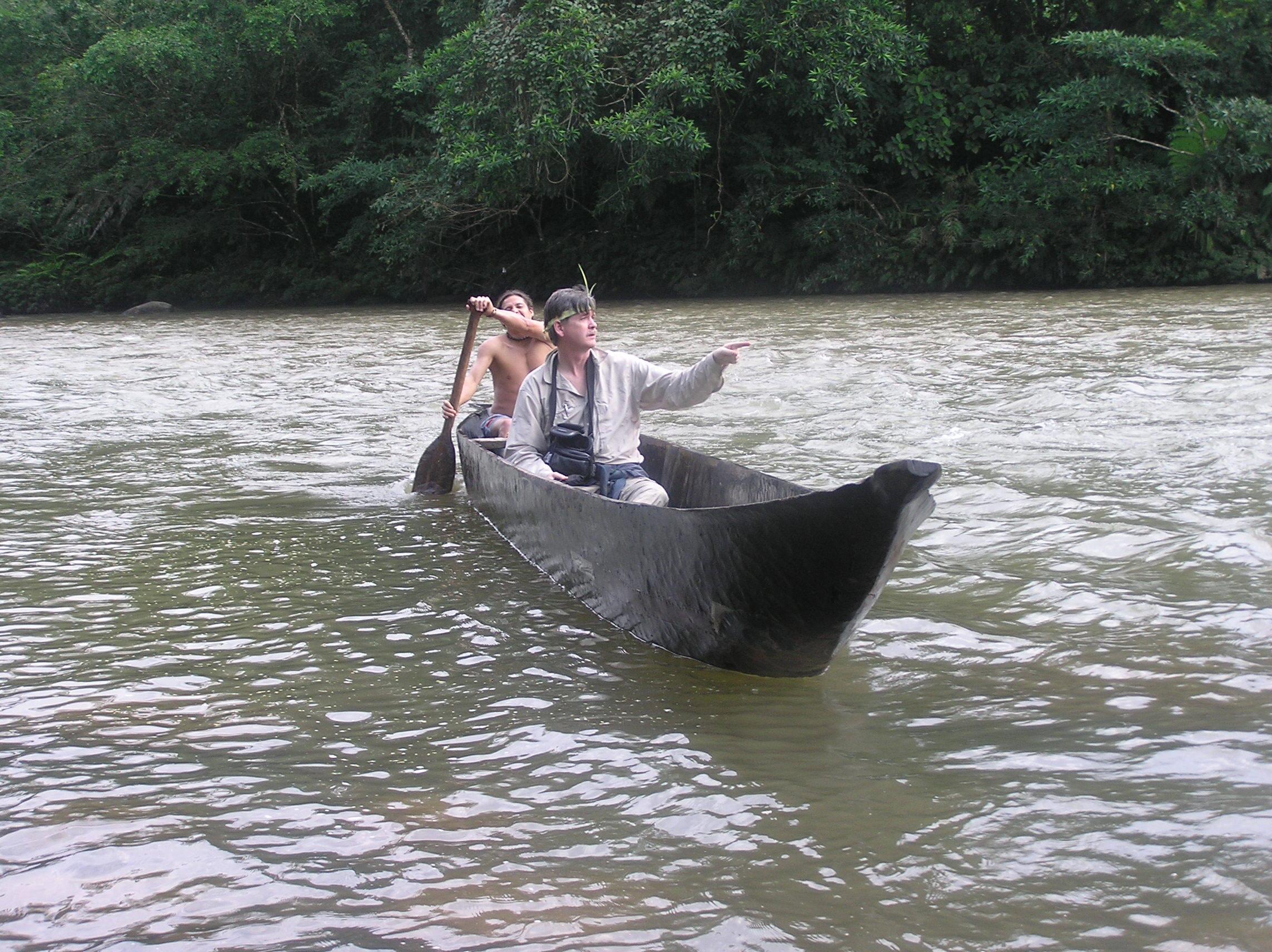 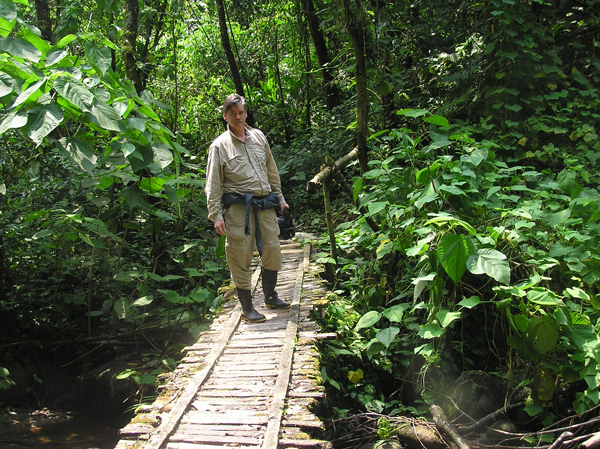 What I found, astounded corporate CEO's and entrepreneurs alike. Wes Cantrell, former CEO of Lanier Worldwide said, "The techniques Michael outlines will help make any product successful and should even be considered during the development process. Irresistible!" Pat Williams, former Senior VP of the Orlando Magic NBA team, said, "I know you'll be as fascinated with his insights and conclusions as I was." And Peter Lowe, former CEO of the largest seminar company in the world said, "These rapid-growth business strategies adapted from the rainforest are simply brilliant!"

By listening to God's whisper AND by following through with what He said, I came across the most amazing business lessons adapted straight from nature. It shouldn't be too surprising. After all, the Apostle Paul tells us in Romans 1:20. "For since the creation of the world His invisible attributes are clearly seen, being understood by the things that are made, even His eternal power and Godhead."

And consider the wealthiest man in history... Solomon. In just one year, he took in over $1 BILLION in today's currency in voluntary consulting fees for his wisdom. Look at what is said of him...

Also he spoke of trees, from the cedar tree of Lebanon even to the hyssop that springs out of the wall; he spoke also of animals, of birds, of creeping things, and of fish.

And men of all nations, from all the kings of the earth

who had heard of his wisdom, came to hear the wisdom of Solomon.

As I began to unearth the wealth secrets of the rainforest, I began recording my findings and later wrote a book called Rainforest Strategy - The Planet's Most Successful Business Model, (which by the way you can get for free as part of my Black Friday sale which ends Sunday night. 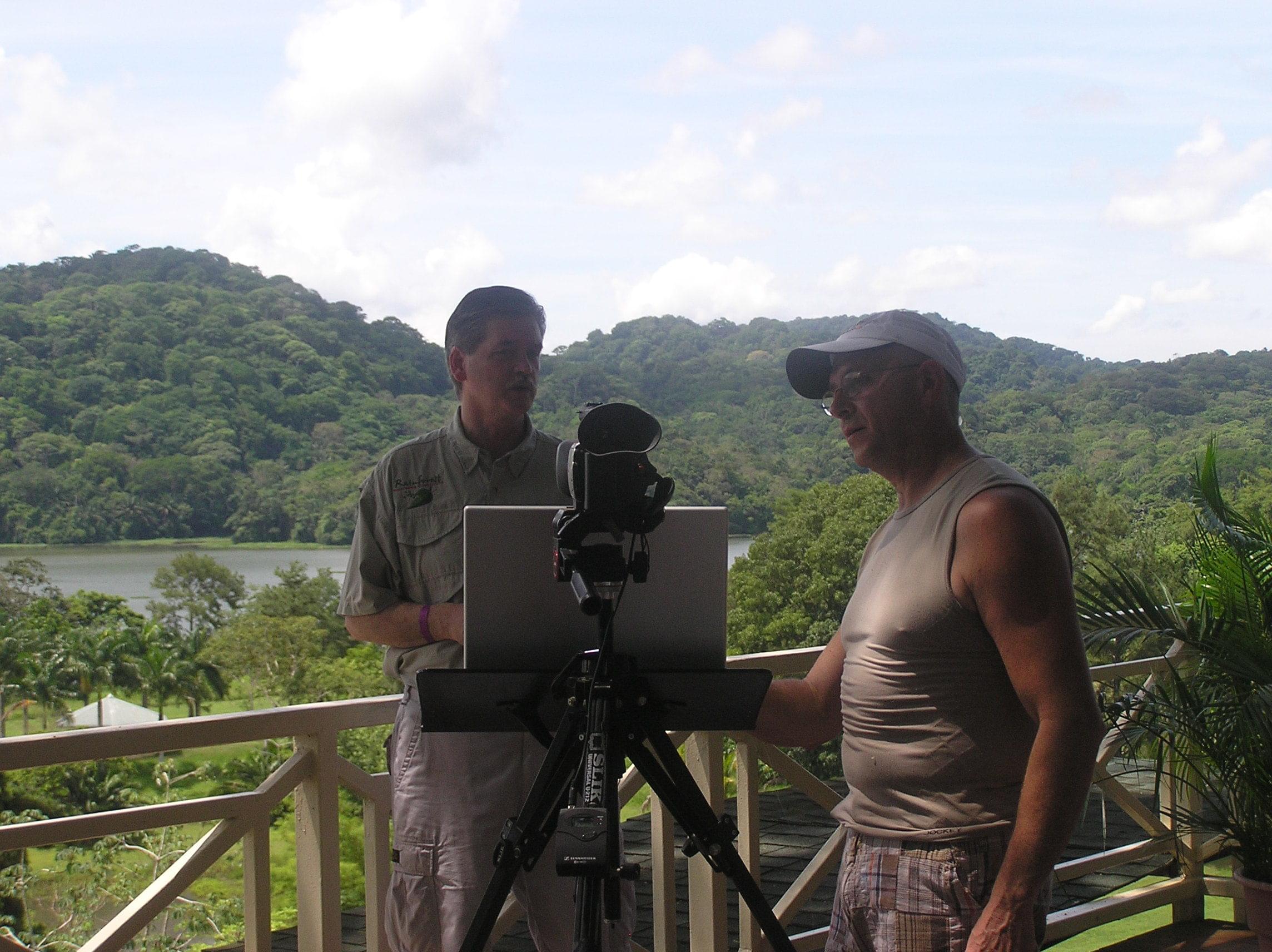 I eventually turned my findings into a 7 hour audio course and even took groups of business leaders & entrepreneurs to the rainforest to see and learn first hand, its wealth secrets. 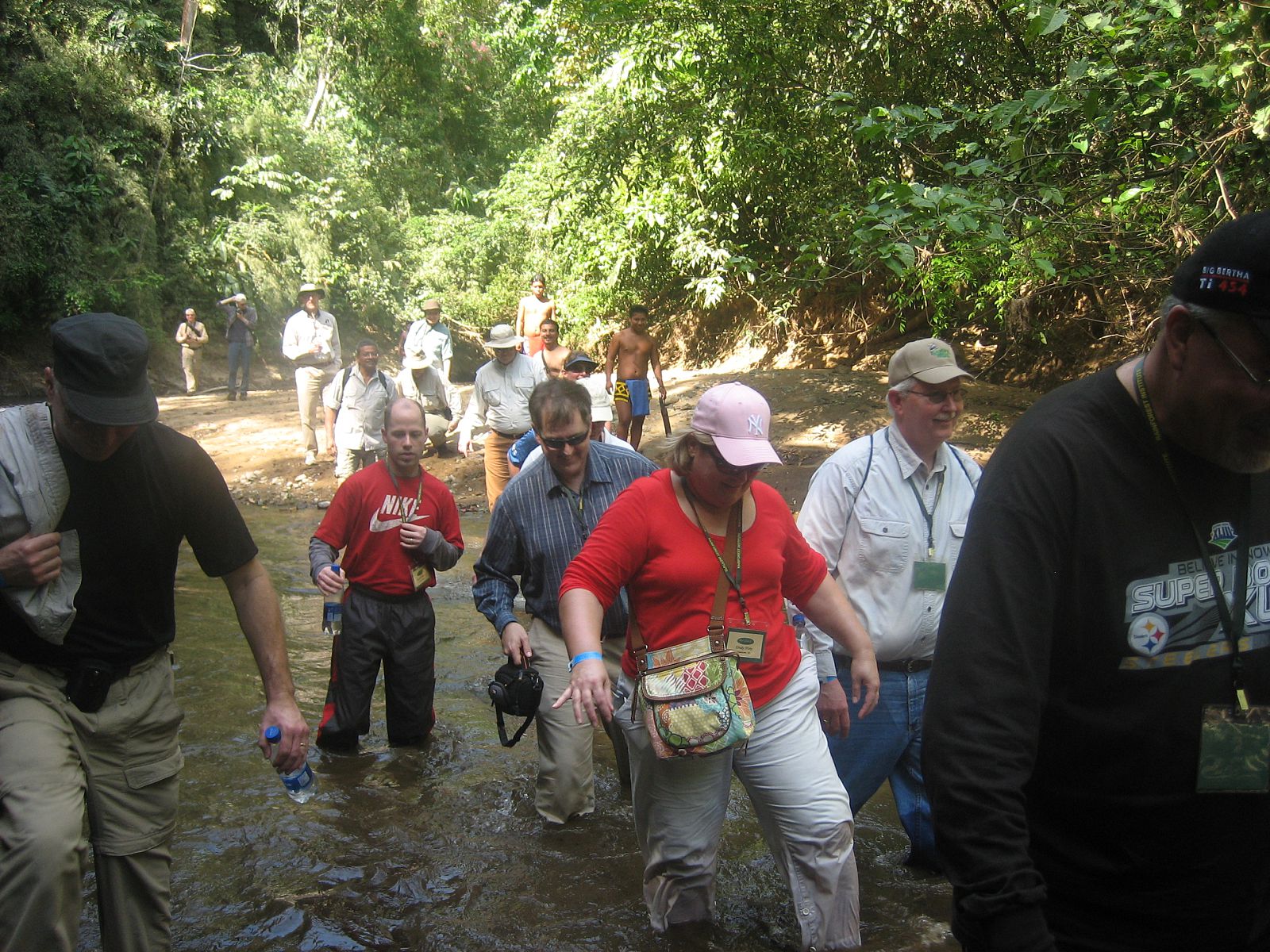 For example, by learning a secret I learned from an agouti (large tropical rodent) that feeds off of Brazil nuts, I was able to negotiate a full page ad in a national business magazine that sold for $63,000 without spending a dime. In fact, they agreed to do that for 6 issues, making the value of that $378,000. I call it the Brazil Nut Effect.

Then there was the "No Pest Zone" secret that can make you 10X more productive. That was a huge eye opener. The "Fungus Factor" is an incredible strategy for not only eliminating waste but also for repurposing obsolete assets. Simply amazing strategies all modeled for us in what God made - the rainforest! There's a ton more in my course.

If you love to see how God does things, and want to learn practical business strategies adapted from the Rainforest that can build real wealth, I urge you to CHECK IT OUT HERE, right now. (There's even a cool video for you to watch that will show you some great footage and a detailed overview of what's in the course.)

If you go to my Black Friday sales page, you will see three other courses that are part of this once a year huge sale. If you like, you can get the whole package for a whopping 83% discount. See those options RIGHT HERE.

But it all ends on Sunday night, so act fast so you can get it and the bonus books that come FREE with your order. If you miss it this time, it will be back in another 365 days. Maybe.