Fake it Till You Make it? 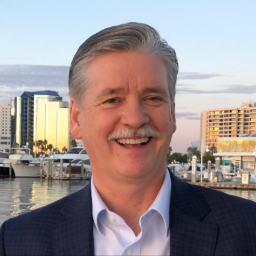 There are three ways you can look at a sales territory or marketplace, even four. Which one you choose will greatly impact your result and perhaps yours or someone else’s eternity. This blog is about the one to avoid at all costs. The next blogs will show you the 30, 60 and 100 fold possibilities.

The first one which is commonly practiced is where the marketplace is looked at strictly in terms of how much money one can take out of it, without regard to actually delivering the promised value proposition.

While I am in favor of a high yield, I have seen it done where many of the customers are really just victims who don’t know it. They’ve been played. They bought the lie, the story, the dream but it fell far short of expectations. They blame themselves when in fact the purveyors of the dream had no expectation that their customers would actually experience the full value proposition promised them.

This happens with online scam artists all the time. Recently I saw where some “get rich now” guru, peddling yet another scheme to make money without creating value was filming his infomercial using a luxury home and luxury car for props.

He had only rented them for the day of filming to seduce you into thinking you could have a life like he was faking… driving exotic cars, living in a beach home in some sunny destination. They call it, “fake it till you make it”. Really? Who would you rather go to war with at your side? The guy who’s played laser tag once, or the soldier who’s completed two tours of duty? I rest my case.

I played that “fake it till you make it” game for a while.

Twenty years ago. I had business cards printed up showing offices located in Nashville, Houston and Guatemala City (just to add an international flare). I did have an office in the greater Nashville area so that was fine.

My Houston office was a friend who offered to represent me in his hometown of Houston, TX. He worked out of his home so I reckoned that as my 2nd office. Then I hired a guy to work for me to set up seminars in Guatemala where he had secured temporary office space for us to use.

Technically, I had representation in all three places. But in reality, I was a much smaller enterprise than my stationary and business cards made it look like. When I got to Guatemala, the printer delivered 5,000 full color, gold foil stamped, glossy covered workbooks when I had only ordered 500. I had to pay for all or have none.

The posters all over town said lunch was included at this top rate American hotel, but when the English version of my poster left my desk in Nashville, it specifically said, lunch was NOT included. I was faced with a choice of either explaining to about 250 people that it was a simple translation error and send them away for lunch, or to buy 250 people a nice catered lunch at an expensive hotel.

I wish I could tell you the choice was easy, but it was not. We bought them all lunch, paid for 5,000 workbooks and did our seminar. You may have guessed, we lost a bunch of money on that.

Upon returning home, I was broke and desperate.

The Lord spoke to me three times, “Pursue Me”. When I did, things began to change in a big way. One of the secrets I learned, was to humble myself in the sight of God and He would lift me up in his timing.

I believe humility is being willing to be known for who you really are, so instead of carrying on the “fake it till you make it” façade, I let it be known that I was now working out of my basement and that I had no employees. Instead of trusting the American way of faking it till you make it, I humbled myself in the sight of God and man and chose to “faith it till I made it”.

God promises to give grace to the humble (James 4:6).  Grace is God’s ability working in and through you accomplishing what you could never accomplish on your own. So when you humble yourself and receive God’s grace, you will experience what He can accomplish through you and for you.

What followed was nothing short of amazing!

Book deals came to me when before they ran from me. A television special was offered me by a substantial Christian network. I was given a daily two-minute program on the American Family Radio Network on about 160 stations at the time. Clients came out of nowhere. I found myself writing for the most popular Christian men’s magazine of the day. All of this without asking or pursuing those opportunities.

I found that when we try to be something we’re not, God stands back and says, “Let’s see how long you can keep that up!” Then He offers… “Come to Me, all you who labor and are heavy laden, and I will give you rest. Take My yoke upon you and learn from Me, for I am gentle and humble in heart, and you will find rest for your souls. For My yoke is easy and My burden is light.”

The Son of God says of Himself that He is humble in heart. I cannot imagine a better example than the life of Christ to exemplify. Who would think of God as humble? But that is how Jesus describes Himself. My wife Judy describes a powerful open vision she had one day in church many years ago. What she saw was beyond description.

So if you’re tired of trying to be something you’re not or if you are worn down from keeping up the façade, or worse, duping other people into buying into a dream you know they will most likely never experience, then come clean. Turn from that. Enter into honest work with the Master where you will find rest for your soul. Isn’t it about time?