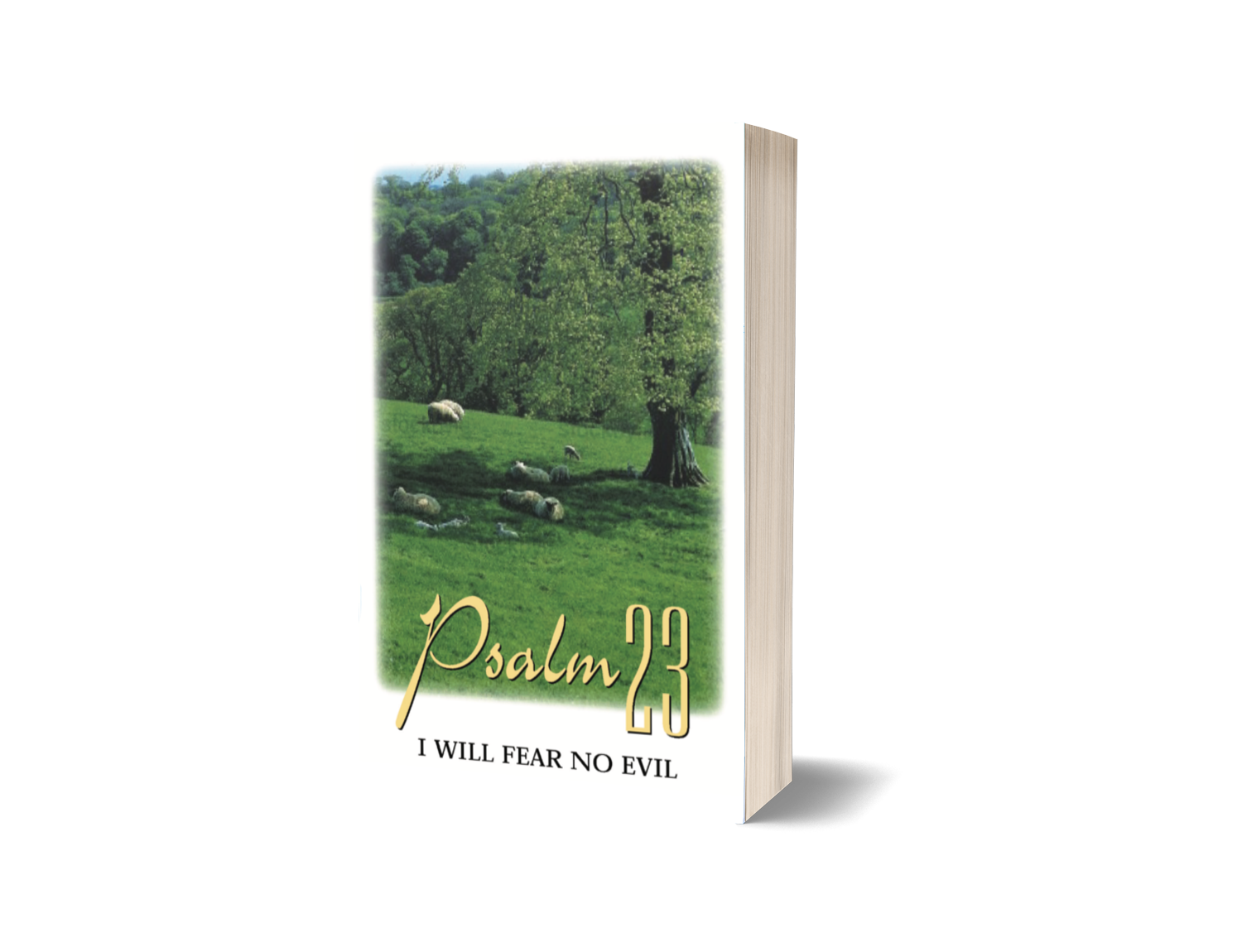 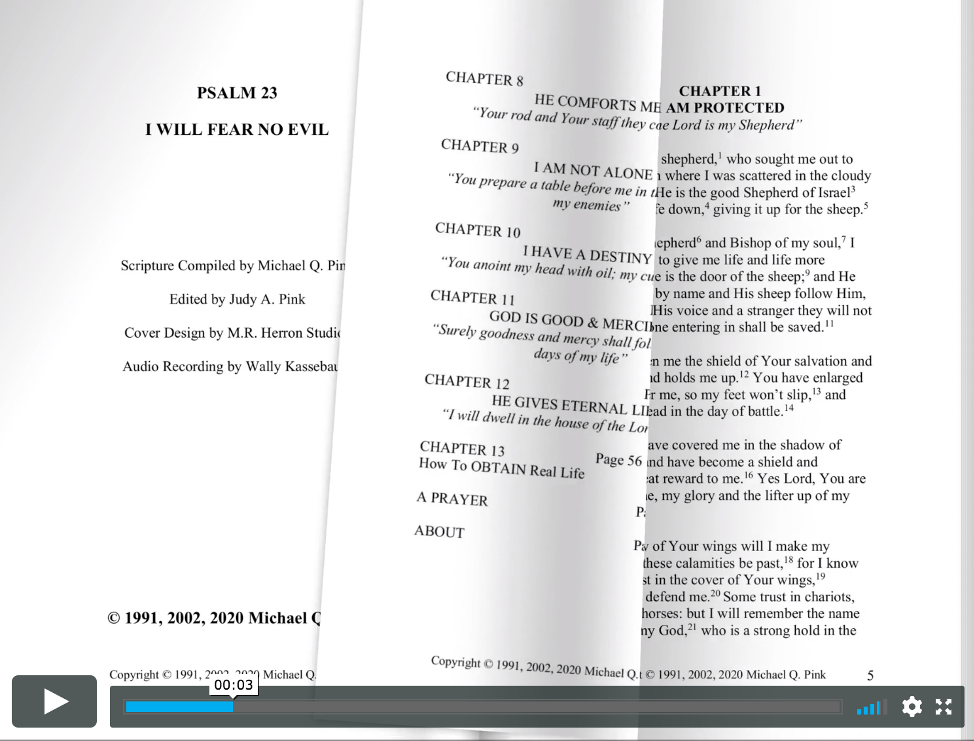 You may also want to enjoy the ULTIMATE EXPERIENCE of HEARING it read with musical soundtrack. Get that here for a donation of $3 or more to cover production costs.

FAITH COMES BY HEARING - Listen To A Sample of the Psalm 23 Audio Book... 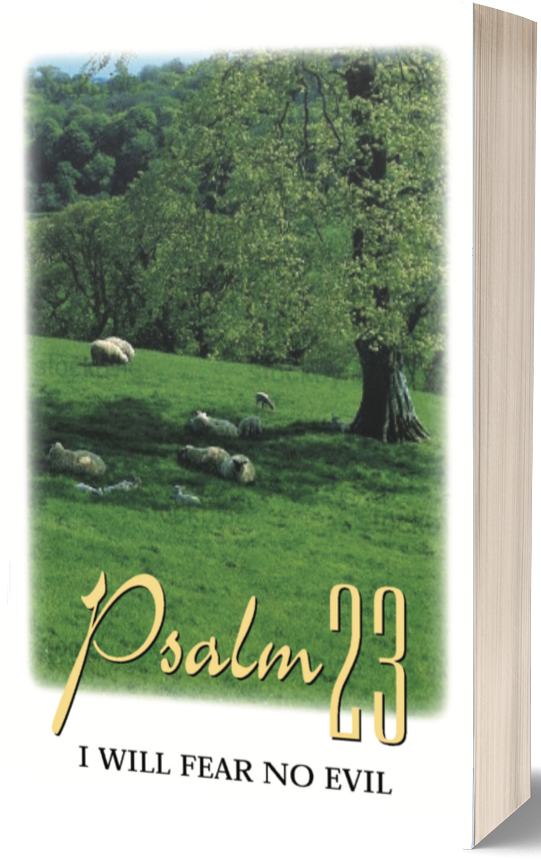 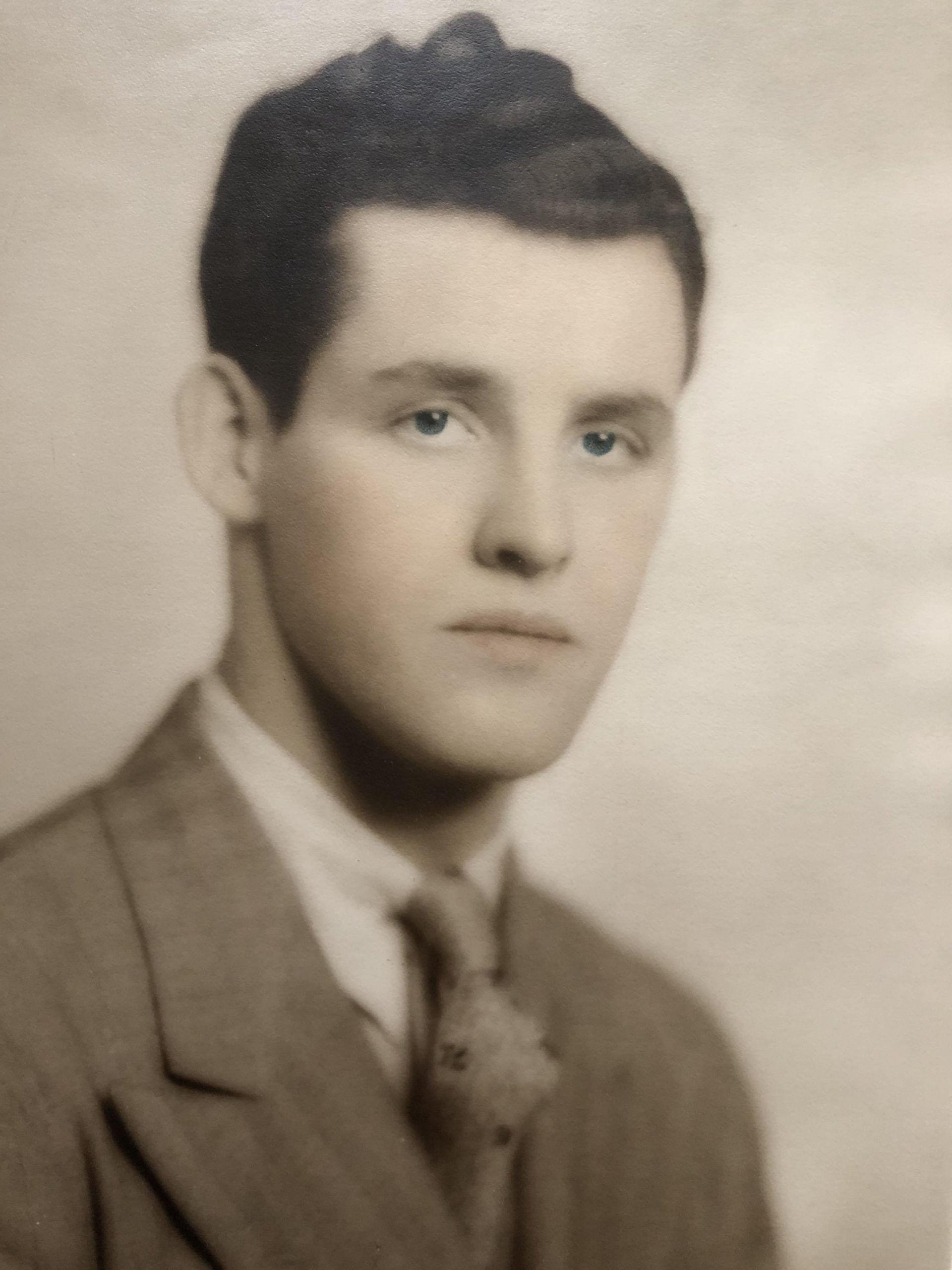 Peter Pink was my father. When Germany invaded Poland in September of 1939, my father volunteered in the Canadian Armed Forces.

Before leaving Canada for the European theatre, his mother gave him PSALM 23 on a card, which he carried with him throughout the war.

... he earned several medals for bravery and for being part of the invasion of France, Germany, Italy and North Africa. His primary role was one of enemy reconnaissance.

He told me he had such peace during the war that even when the Canadian forces were being shelled by enemy fire, he would lay down and catch some sleep, while many of his companions were paralyzed by fear. His stories of being spared could fill a book.

In one instance he and a friend were on foot in an Italian village when they came upon a large group of enemy soldiers. Instead of slipping away undetected, he and his friend, mounted their bayonets and charged toward the soldiers that were about a block away.

He had an uncanny sense of peace and fearlessness, even in the face of combat. By the time they got to where the enemy soldiers were, they had all scattered and were no where to be found. This was typical of his experiences. The enemy almost always scattered.

The amazing power of peace and freedom from fear that one can withdraw from God's Word, especially from Psalm 23 is without equal. I pray this book gives you the peace and confidence so many have already found!

During these times of uncertainty and a pandemic of global fear, we decided to give away this timeless treasure online to whosoever will. You can get it FREE in download form...

Or... If you prefer you can read it online using the "Flip Book" version. The video below is a SAMPLE of the first few pages of the flip book version.

But perhaps best of all, is to get the free download AND perhaps purchase the Audio Book with music background. The Bible says that faith comes by hearing and hearing by the Word of God. I invite you to get the audio version as well and play it before you lay down to sleep. Let the Word, permeate your heart and mind and obtain the peace and comfort we all need in these times.